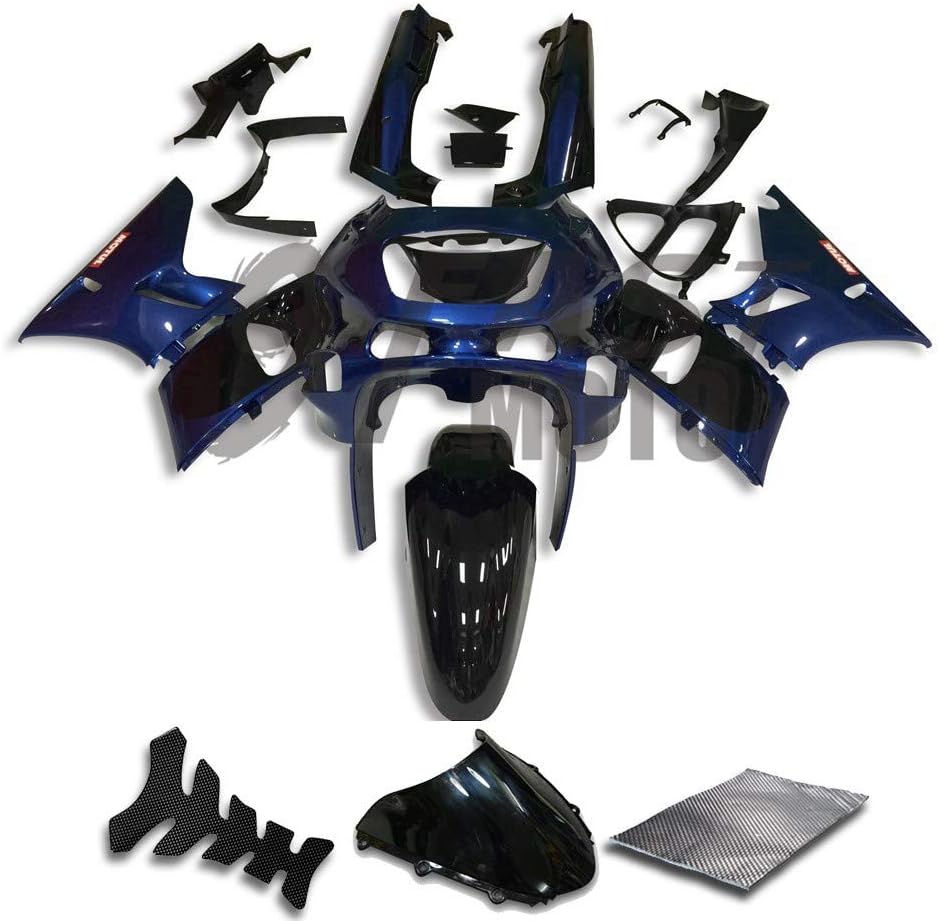 This fits your .
"li" Custom Fairing Design: We can paint the fairings according to any pictures, Contact us if you want any other paint design. We also can produce individual parts. "li" Production:The whole procedure will need 7-15 days of processing time.

Fairing Introduction:
Injection fairing come with all the fairing pieces as the main images show. The black pieces don’t show on the main pictures will be unpainted black, and will be sent together with fairings.
Windscreen is double bubble, and usually black, contact us if you need the clear one.
Heat shield protects the bottom plastic fairings from the engine heat.

Packaging:
Fairing Kits(Come with all of the black pieces that don’t show on the main picture)(17 Pieces)+ Windshield(Black) + Heat Shields + Tank Pad.
Each piece is packed individually with foam.

Customer Service: Contact us directly if item got damaged during shipping (seldom happen), we'll produce the damaged parts for free upon photo confirmation.

"b"Notes:
* We can paint the fairings according to any pictures, We also can customize any designs that you like if you can’t find the pictures that you like in our store.
* We also can produce individual parts, For example: Nose Fairing, Tank Cover, Left and Right Side Fairing, Tail Section, Rear Seat Cover, Front and Rear Tire Fender.